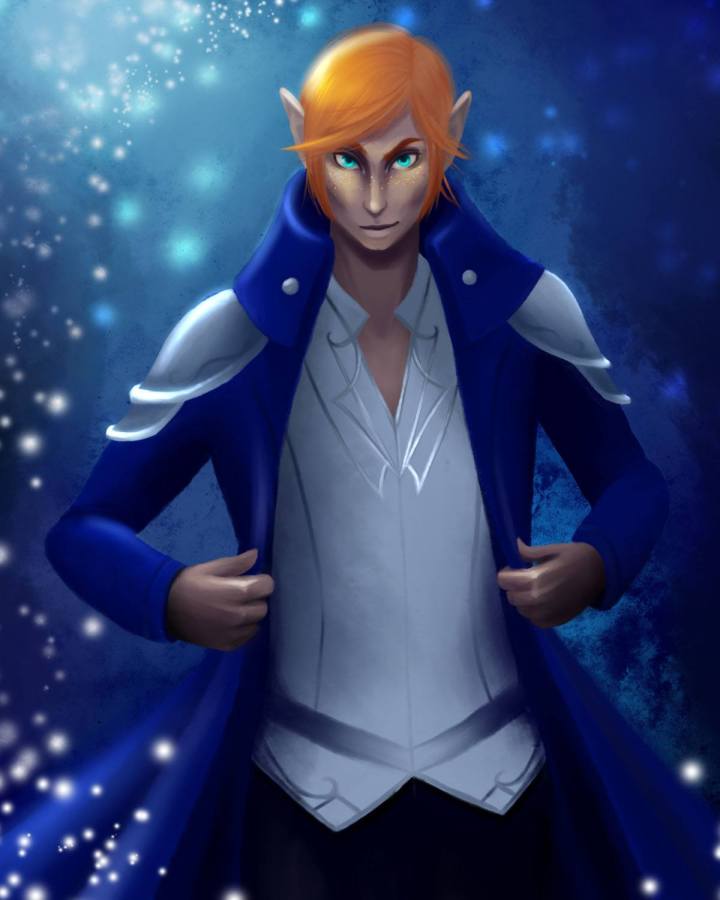 Very recently I was inspired to indulge and create a subclass for myself, for my golden boy Daerthalion (pictured above) which I have up til recently tried to avoid. Sometimes, you just have to fight for yourself and what you want, which coincidentally works for this subclass, because I present to you the Duelist Martial archetype. I’m not lying when I say I think this is the coolest thing I’ve ever written.

The duelist is a fighter who has not only reached peerless proficiency with weapons, but has also mastered engaging with one enemy one-on-one. In some duelist’s cases, they have mastered engaging with as many as three-on-one. To the duelist, a fight is not a mindless bout of hacking and slashing one’s foes to death in a frantic melee; it is an intimate and profound dance with another worthy opponent in which skill is truly tested, and the merit of years of practice, whet like the sharpest blade, can truly shine.

When you choose this archetype at 3rd level, you become proficient in your choice of Deception, Insight, Intimidation, or Performance.

With so much as a look, a narrowing of your stance, and moment of silent poise, you can draw your enemies into a duel. Starting at 3rd level, you can designate a number of creatures equal to half your proficiency bonus (rounded down) within 30 feet of you that you can see as your mark as a bonus action. While you maintain your concentration for up to 10 minutes (as though you were concentrating on a spell), you gain the following benefits.

Your mark on a creature ends if you end your turn more than 30 feet away from it, or if you make an attack against a creature other than one of your marks. If one of your marks dies, you can use a subsequent bonus action to mark a new creature while you maintain your concentration.
You have two uses of this ability, and you regain all expended uses of it when you finish a short or long rest.

Your razor sharp focus in a duel also aids you in studying, predicting, and provoking the behaviors of those that draw your attention. Starting at 7th level, while you have a creature marked, you have advantage on Wisdom and Charisma ability checks made to interact with it, as well as advantage on saving throws to avoid being charmed or frightened by it

As you catch your breath, in a moment of calm you ready yourself to act more deftly. Beginning at 10th level, when you use your Second Wind feature, you gain the benefit of the Disengage and Dash actions until the end of your current turn, and the next attack roll you make before the end of your next turn has advantage.

Starting at 15th level, you are always ready for your next duel. When you roll for initiative and have no uses of Duelist’s Mark remaining, you regain one use of it.

In a surprising burst of speed, you can end a duel as quickly as it began. Beginning at 18th level, when a creature you have marked targets you with an attack, you can use your reaction to cause the attack to automatically miss, and can immediately take an extra turn, interrupting the current turn. During this extra turn, you can only target creatures you have marked with attacks or other harmful effects.
Once you use this feature, you can’t use it again until you finish a long rest.